Your browser does not support the Unity Web Player. Want to save the Rpg? for later? Add it to a collection.

4th is a weird game. Created over programming studies, it's inspired by clickers and farmers type of games. With a bit of RPG, you assume control over a thinking energy sphere in an empty time-space-universe that takes place before the big bang. Absorb other energies to grow and level up, but be careful, some are stronger and might defy you on the energy trade battle.

- This time a new gameplay feature was included: The Strike quick time event alike. When the sign is shown, press the Spacebar or click on the enemy to use this skil;

- Better camera movement: More fluid movement of the camera stops the flickering when moving the player around;

- Turn off some visual effects for better performance (Q Key to toggle on/off).

Save game still available. In this version we have added enemy difficulty auto-update as player levels up. New background music, visuals and a work in progress enemy anti-overlap spawn system.

Notes:
Put the mouse over the player to see your stats.
The trail is your current HP, smaller it gets, less is you available energy.

Tell us what you would like to see in the next updates! 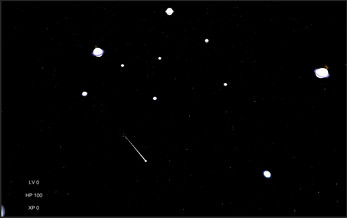 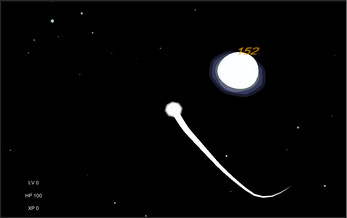 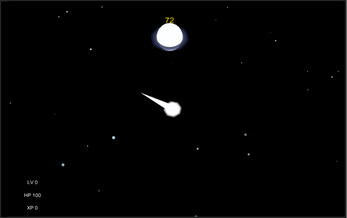